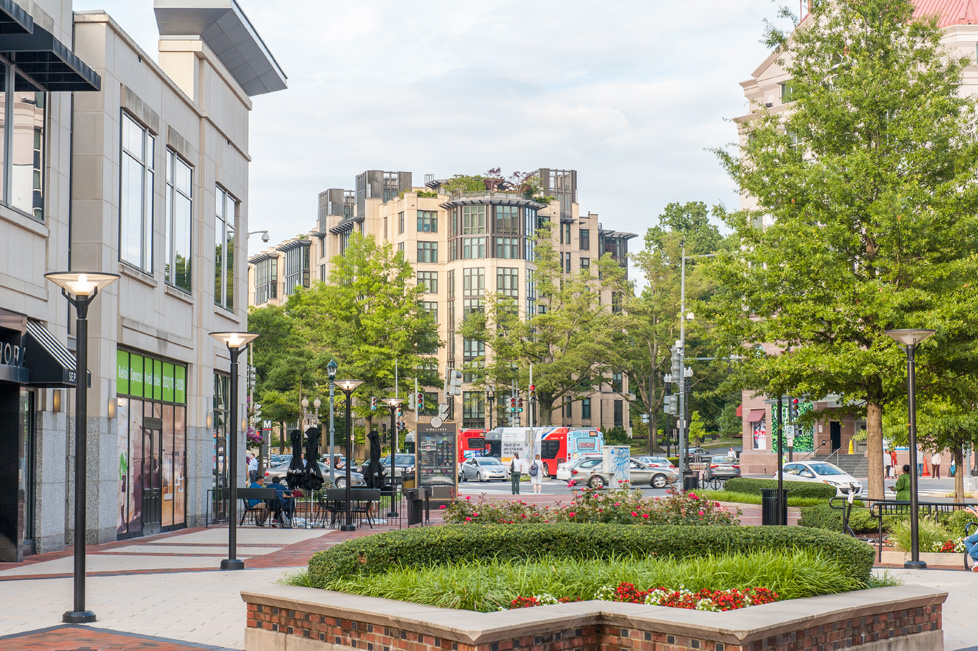 Chevy Chase is both a town and an unincorporated community nestled on the border between Montgomery County, MD and Washington, D.C. The name “Chevy Chase” is shared by several other communities within the county along with one neighborhood in Washington. All of these communities share the same history and form a single, large community collectively referred to as Chevy Chase.

Residents of Chevy Chase enjoy a high quality of life in a convenient location that offers easy access to a variety of shopping areas and scenic outdoor venues such as Rock Creek Park. The community is also home to many terrific local destinations, including top-quality neighborhood restaurants and coffee shops, an array of retail stores, and a community-run movie theatre.

Before it was developed in the late 1800s, the land now occupied by Chevy Chase was mostly unincorporated agricultural lands. Several tracts of land were purchased by Nevada Senator Francis G. Newlands together with his partners with the goal of establishing a streetcar suburb for Washington, D.C. to capitalize on the expansion of its streetcar system.

In 1890, Newlands and his group established “The Chevy Chase Land Company.” Its holdings, which included more than 1,700 acres, eventually expanded to present-day Connecticut Avenue towards Jones Bridge Road.

Chevy Chase experienced booming growth in the 1920s as lots were improved and its population increased. Additional infrastructure was built as a response to the community’s growing population. By the 1930s, Chevy Chase had a host of improvements, including sidewalk and street repair, macadam paved streets, storm sewer catch basins, and a tree-planting program for its public outdoor spaces.

Real estate options in Chevy Chase are available in a wide variety of architectural styles such as Craftsman, Victorian, Colonial, Cape Cod, French Country, and even some unique styles with a contemporary flair. Prospective home buyers will find a wide range of listings that can accommodate almost any type of lifestyle. You’ll be able to choose from a variety of properties including comfortable apartment-style units, stylish condos, luxury townhomes, and many elegant single-family homes.

No matter what type of home you’re in the market for, many homes for sale in Chevy Chase offer a seamless mix of style, privacy, and comfort, and are equipped with a range of top-quality features such as elegant hardwood floors, light-filled open floor plans, kitchens with upgraded countertops and stainless steel appliances, elegant family rooms, master bedrooms with walk-in closets, and more.

Ready to start the search for your dream home in Chevy Chase, MD? Get in touch with Theo & Partners, a top-notch real estate team with all agent team members having a background in architecture, interior design, and construction. We are a team of creative professionals who are experienced and accomplished in real estate sales, and bring an added value to sellers and buyers with no additional charge.