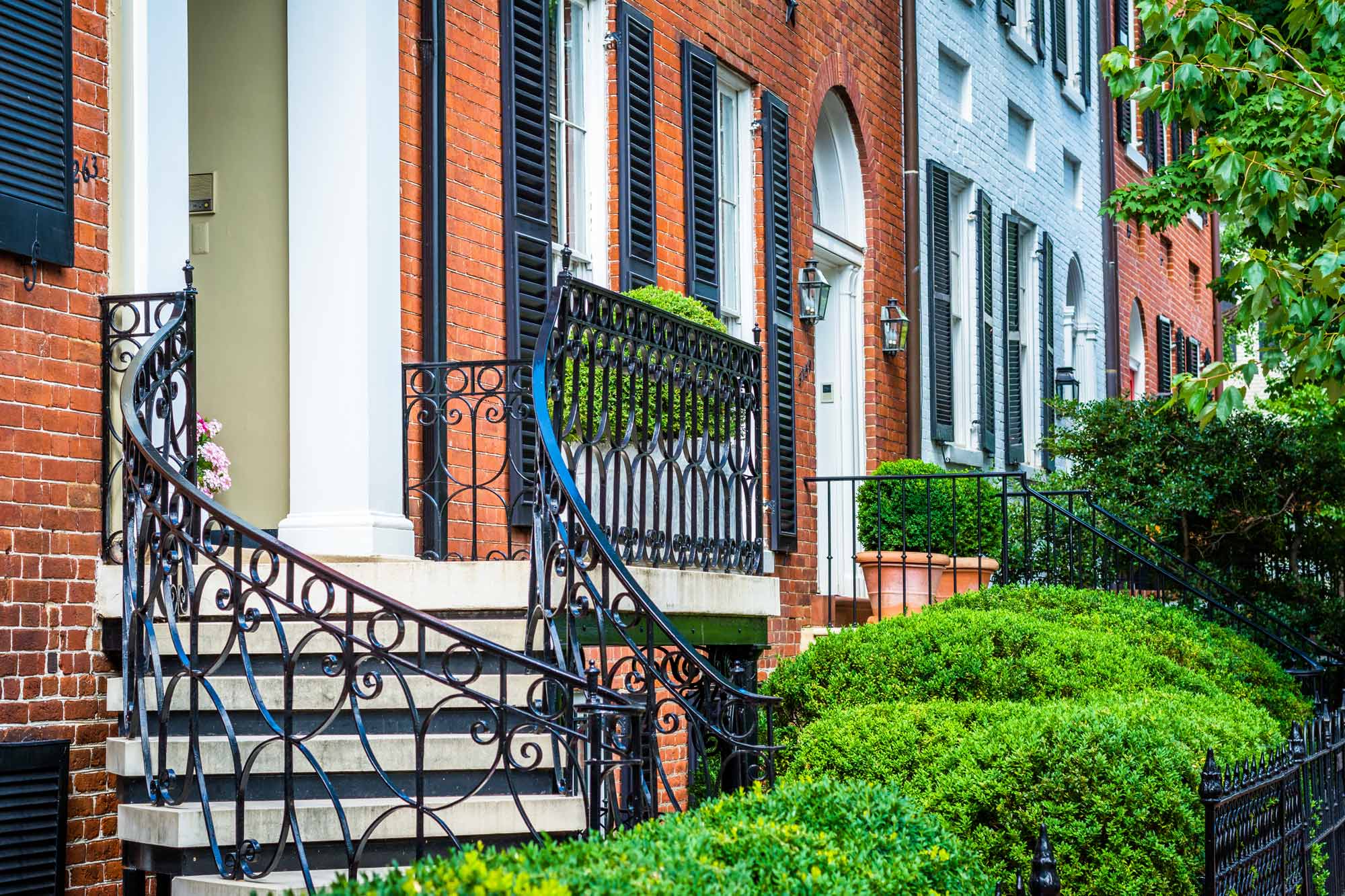 Washington, D.C.’s oldest neighborhood is also one of the best places to be and live in the capital. Georgetown is a cozy spot in Washington, DC that boasts a picturesque waterfront, rows and rows of outdoor cafes, tree-lined streets and cobblestone sidewalks, as well as some of DC’s most iconic real estate: row houses.

Georgetown covers about 750 acres of land in the Northwest Quadrant. Its boundaries include the Potomac River, Glover Park, Observatory Circle, and Rock Creek.

History and a great variety of commercial establishments aside, one of the main reasons why Georgetown is a highly sought after place to live in Washington, D.C. is its real estate market. In addition to the ubiquitous and often colorful historic row houses, homes for sale in Georgetown DC also include apartments, upscale condominium complexes, single-family homes on spacious lots, newly-constructed townhomes, and handsome mansions, some of which date back to the city’s early days.

Going through the architectural diversity in Georgetown is like traveling back in time. The oldest homes in Georgetown were usually done in the Georgian, Italianate, Federal, Southern Colonial, Colonial, Second Empire, Greek Revival, and Stick styles. The mid-1800s saw the addition of other styles, such as Romanesque, Jacobethan, Victorian, and Queen Anne, to the neighborhood.

With Georgetown attracting a lot of well-heeled individuals and families in its early days, schools were also established. This made the neighborhood a center of education in the capital. Private schools as well as prep schools became a fixture. These include Georgetown Visitation Preparatory School and Georgetown Day School, with The River School located nearby. Public schools in Georgetown such as Hyde-Addison Elementary School are managed by the District of Columbia Public Schools.

Getting around Georgetown DC

Although Georgetown doesn’t have its own Metro station, getting in, around, and out of the neighborhood is fairly easy thanks to several modes of public transportation options.

Things to do in Georgetown DC

Settle Down in Georgetown

Theo & Partners is a top real estate team in the DC metro region. We are seasoned professionals who know each DC neighborhood well, including coveted Georgetown. We would love to show you around the neighborhood and help you explore homes for sale in Georgetown, Washington, DC. Get in touch with us today and tell us about your real estate goals.