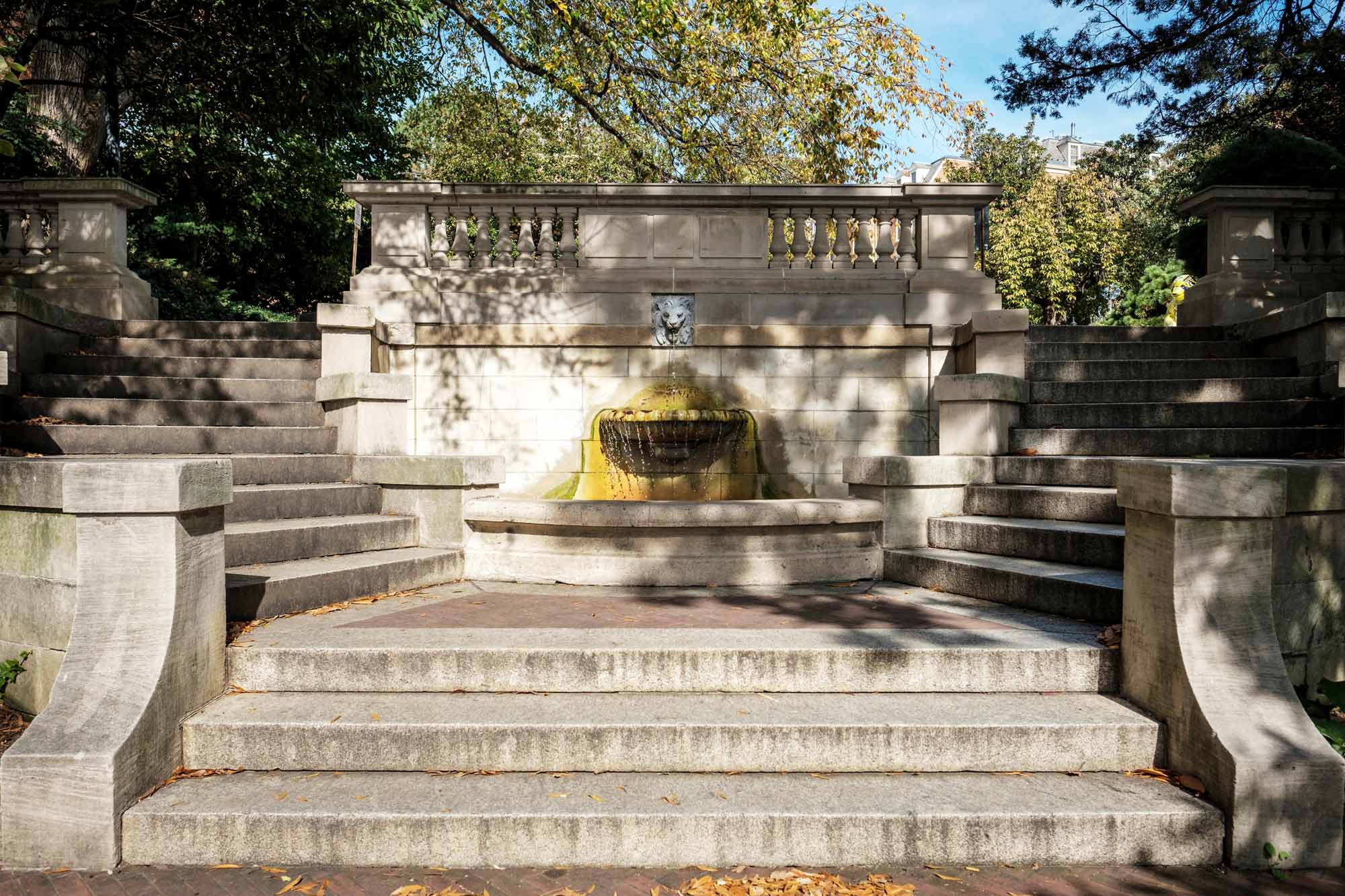 Exuding old-world charm, sophisticated Kalorama is the preferred address of many of Washington, D.C.’s most esteemed residents. Former presidents have lived as well as diplomats and top-ranking government officials. But despite the handful of highly influential residents, Kalorama remains private and quiet.

Kalorama is located in the Northwest Quadrant of Washington, D.C. The area consists of two different neighborhoods: Sheridan-Kalorama (also known as Kalorama Heights) and Kalorama Triangle.

Sheridan-Kalorama (also known as Kalorama Heights) makes up a significant portion of the southwest Kalorama area. Its boundaries include Rock Creek Park, Florida Avenue, and Connecticut Avenue. The neighborhood used to be largely undeveloped but underwent massive change in the 20th century. Today, this part of the Kalorama area is a well-balanced mix of urban and suburban sensibilities.

Real estate in Sheridan-Kalorama is impressive. The housing market is a collection of historic homes that include streets lined with DC’s iconic row houses, as well as mansions, luxury apartments, and dignified townhouses. Architectural styles popular in the area include Romanesque, Victorian, Colonial Revival, Georgian Revival, Federal Revival, and Beaux Arts.

Located adjacent to Sheridan-Kalorama is the neighborhood of Kalorama Triangle. It is bounded by Columbia Road, Connecticut Avenue, and Calvert Street. Compared to its neighbor and its largely suburban ambiance, Kalorama Triangle is considerably the more urban of the two. This urban character is reflected in the local real estate, which also features more condos and attached dwellings in addition to the spacious single-family homes and row houses.

The prestige and history of the area aside, one of the reasons why people love to live in Kalorama is its location. Although it feels worlds away from the rest of Washington, D.C. because of its higher elevation, the best the city has to offer is quite near. The White House is less than two miles from the neighborhood while it takes less than 10 minutes to get to Dupont Circle by car.

There are a number of historic buildings as well as embassies located in the Kalorama area, with the latter concentrated along Massachusetts Avenue (also called Embassy Row). Kalorama Triangle is also a designated Historic District. Points of interest in the neighborhood include:

Schools in and around the area